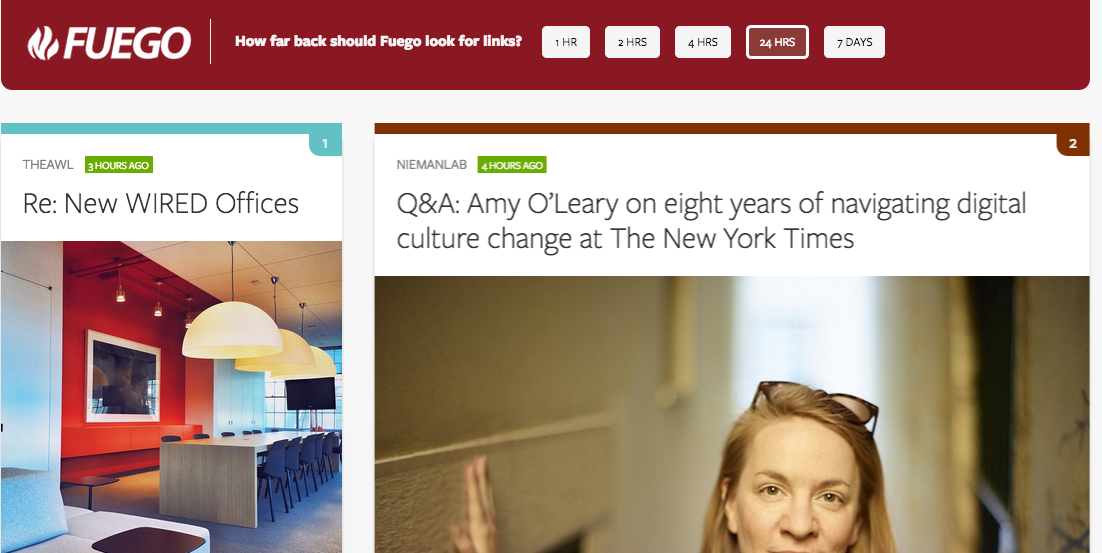 Bonfire is a forthcoming open-source tool that is the result of a collaboration between the Nieman Journalism Lab and the Northwestern University Knight Lab.

It is based on Fuego, Nieman Lab’s Twitter-tracking bot. Every hour, Fuego pulls in the links that the future-of-news crowd is discussing, analyzes them for popularity and freshness, does a little math, and determines which links are at the center of the conversation.

Bonfire builds on Fuego by storing and faceting additional metadata from the links, as well as by giving users control over the Twitter communities it tracks. By allowing anyone to spin up his or her own Fuego, Bonfire gives users the ability to tweak their news universe and gain more insight into how Twitter networks circulate information.

Bonfire is written in Python and runs on ElasticSearch.